How to Avoid “Divorce Month” (by Mike McManus)

(The following article was written by Mike McManus, syndicated columnist and president of Marriage Savers.  I appreciate Mike’s fantastic work on behalf of marriages , and I am grateful for his permission to share this column, which first appeared on December 14, 2016, on EthicsAndReligion.com.) 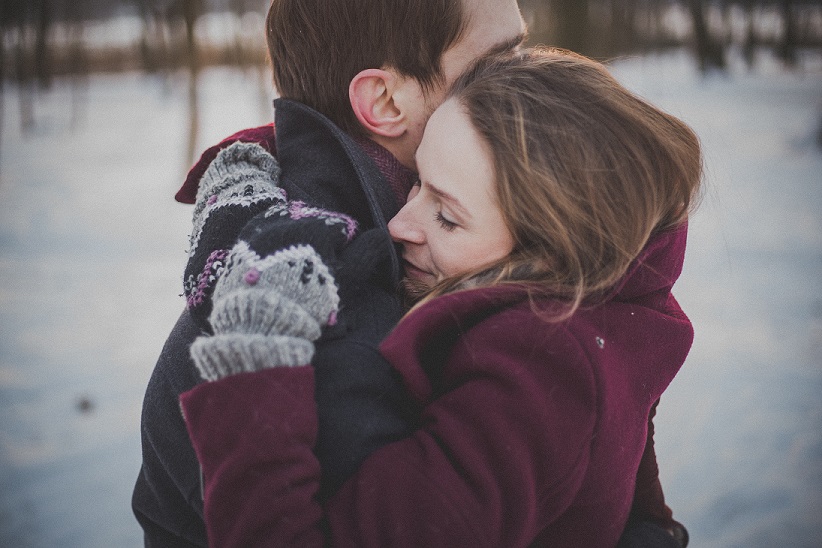 January is the worst “Divorce Month” of the year.  No one wants to file over Christmas.  They want the kids to have a happy time.

Will the children feel better about the divorce in January?  Of course not.

Divorce is the worst event in any child’s life – or that of most adults, for that matter.  Michael Reagan, the adopted son of Ronald Reagan and Jane Wyman, experienced their divorce as a boy and wrote about it in his book, Twice Adopted:

“Divorce is where two adults take everything that matters to a child – the child’s house, family, security and a sense of being loved and protected – and they smash it all up, leave it in ruins on the floor, then walk out and leave the child to clean up the mess.”

Those who marry a second time have a 70% chance of a second divorce.

Therefore, couples with troubled marriages ought to consider five different strategies to restore their marriage for themselves and their children.

1.      Marriage Encounter is a weekend retreat that is so powerful, that if every married couple attended it, America’s divorce rate would plunge.  My wife and I attended in 1976 and fell back in love that weekend. It was life-changing.  Dr. James Dobson, founder of Focus on the Family, reported: “Marriage Encounter gave Shirley and me the opportunity to occasion the deepest, most intimate exchange of feelings we had known in 20 yearsof marriage.” About half of couples attending Marriage Encounter had marriages they described as “average” or “unhappy.”  Yet one study reported that nine in ten couples gave the weekend high marks.  It is not designed for a marriage in deep crisis. (See the Retrouvaille weekend described below.) But it will give virtually all ho-hum to mildly troubled marriages a big booster shot. About 4 million couples have attended over the past five decades.  For more information about one near you go to www.wwme.org.

2.      Couple mentoring.  If there’s been adultery which seems like an unforgiveable sin, ask a pastor if he knows a church couple who survived infidelity.  Odds are, he does.  The survivors can say, “This is what we did to restore trust.”  That’s exactly what Couple B needs to hear – not expensive counseling.

3.      Retrouvaille is a weekend retreat led by three couples whose marriages nearly failed.  They tell their stories of recovery and are walking parables of hope.  After a talk, they put the men in one room, women in another, and ask them to write for ten minutes on an assigned topic, such as: “What do I have difficulty talking to you about?”  Couples then meet privately, read what each other wrote, and talk.  They return to hear another Lead Couple tell their story, and write to each other on another topic. By Sunday afternoon, couples’ arms are typically around each other.  Over 150,000 couples have attended Retrouvaille, and four of five couples save their marriage! Go to www.retrouvaille.org, look for your state and see when one is scheduled.

5.      Reconciliation is possible even if one spouse insists on a divorce.  Four out of five spouses want to save their marriage, and Marriage 911 is a 12-week workbook course that committed spouses take to win back their mate.  It is taken with a friend of the same gender.  There is a Support Partner Handbook for the friend to know what questions to ask. It is designed to help the committed spouse grow so much, the unhappy partner is won back.  Of 50,000 couples who have taken Marriage 911, about half are able to reconcile. The materials cost only $28.  Call me to order: 301 978-7105.

These are all much better options than a divorce in January.

The article examines the situation when two wonderful parents and happy children are married. And then suddenly the parents stopped loving each other and decided to divorce. More often than not, divorces occur not in ideal families, but in those where there are constant quarrels and scandals, relationships, and tension hanging in the air. Those families in which everyone is unhappy, both parents and children, are getting divorced. And such families do not need to be saved, on the contrary, they need to leave as soon as possible so that everyone can finally start living normally. I filed for divorce after reading the blog of […]. I finally understand how much we traumatize our children. And as we continue to live together, we just continue to suffer. This is not an option.

Thank you for commenting, Kathryn. I am sorry that you and your family have been going through a very painful time. I am praying for you, asking God to guide you and to comfort you.

A large study several years ago interviewed thousands of married people, including hundreds of husbands and wives who were “unhappily married.” Some of these then divorced, and some stayed together. Five years later, the researchers found that the people who had divorced were NOT happier than the ones who had stayed together. The study found that “unhappily married adults who divorced were no more likely to report emotional and psychological improvements than those who stayed married.” (https://www.researchgate.net/publication/237233376_Does_Divorce_Make_People_Happy_Findings_From_a_Study_of_Unhappy_Marriages)

Here are some excerpts from that research:

Unhappily married adults who divorced or separated were no happier, on average, than unhappily married adults who stayed married. Even unhappy spouses who had divorced and remarried were no happier, on average, than unhappy spouses who stayed married. This was true even after controlling for race, age, gender, and income.

Divorce did not reduce symptoms of depression for unhappily married adults, or raise their self-esteem, or increase their sense of mastery, on average, compared to unhappy spouses who stayed married. This was true even after controlling for race, age, gender, and income.

With the important exception of reducing the incidence of marital violence for unhappy spouses (in violent marriages), divorce failed, on average, to result in improvements in psychological well-being for unhappy spouses. And divorce also appeared to reduce adult happiness and increase adult depression in the majority of divorces, which took place among spouses who had been (five years earlier) happily married. By contrast, most unhappy spouses who stayed married ended up happier five years down the road.

Studies have also shown how important it is for children to have married parents. Fighting and conflict in the home are destructive, of course; but divorce is devastating, too. The best option is to learn how to work through conflict in healthy ways and to model that for your children. They will need these important life skills, too!

Do you have a church family that can help you? Please reach out to God’s people around you who can encourage you, support you, and pray with you. You can always call Focus on the Family to speak to a trained counselor, who will encourage you and who can also suggest local resources for you: 1-855-771-4357.

God cares about you, your husband, and your children. He is an attentive and trustworthy God. He is tenderhearted and merciful, and He is a Healer.

I am praying with you, Kathryn, for true healing for your heart and for your family.